Social soapboxing - the end of Facebook as a meeting place?

I have really enjoyed using Facebook over the years. It has helped me keep in touch with so many people who I could never have kept up with in the days of writing letters or making phone calls. It has also enabled me to get to know acquaintances I have only met briefly at meetings or conferences. I have built up an extensive network of friends, colleagues and contacts using various social media that have enriched my life and work. I have enjoyed getting glimpses of people's lives, what they had for breakfast, commuting problems, amusing comments on everyday routines, jokes, holiday photos, life events and so on. I have also enjoyed many spontaneous and often very funny chats that can suddenly come to life from an often innocuous post. On my side I try to provide a balanced mix from my own life, hopefully with a bit of humour. However, I sense that maybe the golden days are over.

My Facebook feed has changed radically over the last couple of years. There is now much more sponsored content which has moved from the right margin into the main feed and is sometimes hard to distinguish from real posts. The most worrying trend is the lack social contact. Most of my feed consists only of links these days and sometimes it's hard to find a single personal comment in the flood of links to news, articles, propaganda for various causes and of course cat photos (I'm one of very few people in the world who doesn't particularly like cats). I would like to coin the term social soapboxing, an arena where people talk at rather than with each other, all trying to convert friends to their view of the world. We all do it to some extent but I really miss the social and human elements - genuine conversation in a tone of mutual respect.

The dreams we had in the early days of the internet are fading fast. There were brave hopes of creating a platform where the world could meet and share ideas and that the more we discussed with each other the more tolerant we would become. The net would help to spread democracy, tolerance and creativity. To a certain extent it has but only in certain circles. Tragically it has also provided a platform where bullying, hate and extremism can spread freely and where dangerous lies and pure fantasy can be passed off as genuine news. The net is also now almost fully commercialised, largely controlled by massive global corporations who are monitoring and monetising our clicks. The result is that many people are now much more wary of what they post on platforms like Facebook and that could explain the lack of genuinely social content there. The best places to find social interaction are now closed or private groups where administrators make sure that groundrules are followed and remove all irrelevant advertising and soapboxing. Are we leaving the open arenas and moving towards more closed circles?

If Facebook becomes simply a channel for advertising and soapboxing then it will implode and die. I'm still there and most days I find some valuable interaction but the downward spiral seems increasingly clear. Can any other service take over Facebook's role or is there no realistic future in truly social media?
Posted by Alastair Creelman at 11:51 AM 2 comments: 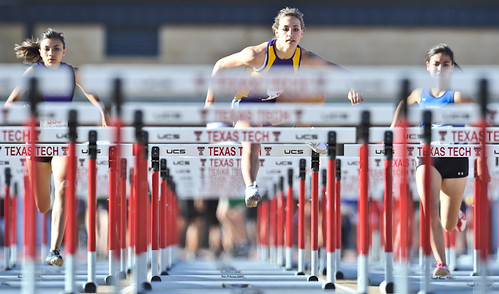 Turning skills and knowledge gained from work experience and non-formal learning (including MOOCs) into recognised credentials is the Gordian knot of the open education movement. Universities offer recognition of prior learning but the process can often be complicated and time-consuming for both student and university. Most people simply don't know that they can get credit for prior learning and therefore never get the recognition and career opportunities that credits could bring. We need to increase awareness of this opportunity and then provide guidance on how to take advantage of it.

Converting knowledge and skills gained form various forms of open education requires verification and getting the learner to demonstrate that they have achieved the right level of proficiency. One very interesting approach to this has been developed by the Open University in the UK with a pilot course called Making your learning count. The course involves helping students to review what they have learned from open educational resources (OER) and course modules in, for example, the Open University's own OER platform OpenLearn and being guided stage by stage through a process of review, adding extra modules of study, peer review and reflection to finally convert their learning into 30 credits at Open University. This can then be a springboard to further studies.

A blog post, A USB port for informal learning, by a member of the course team, Martin Weller, briefly describes the course concept, .


The approach the team have taken then is to base it around 9 tasks. These focus on developing a learning plan, producing a means of communicating your learning to others, making interdisciplinary connections between subjects, and developing peer assessment and digital communication skills. They’ll be guided by their tutor in this, but I think it’s hopefully one of those courses where the diversity of knowledge people bring is a key benefit. You get to see connections between your subject and by explaining your own one to others, consolidate your own understanding. (Martin Weller, 150817, CC BY)


The key to this approach is guidance. Students take a journey where they have to put their previous learning into perspective and are helped by course leaders and peers to build on that knowledge and link it to other skills and disciplines. By going through this process the university can much more easily assess whether the student has met the criteria for credit than a traditional recognition of prior learning approach. Furthermore it helps the students to become more aware of what they know and learn to build on it in a more systematic way. It will be interesting to see the results of this pilot course but if more universities could adopt a similar approach we could have a model for converting open learning into formal recognition that would benefit both learners and the university. I suspect that satisfied participants will be most likely to choose the Open University for further studies before other institutions.
Posted by Alastair Creelman at 10:11 AM No comments: