How open? How flexible? It's not so simple 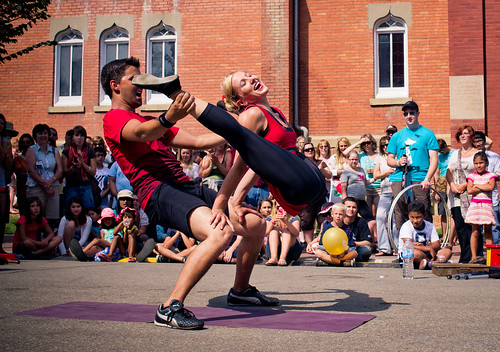 We use words like open, free, flexible and personalised and assume that are positive and desirable. Who doesn't want to be described in those terms? The problem is that in practice these concepts can prove to be very complex and the effects can sometimes be counter-productive. Moving from the highly structured world of traditional education to flexible, open and learner-centred education based on digital media is a rather daunting process that requires a complete overhaul of your practice and theoretical base.

A new post by Martin Weller (possibly the most cited person on this blog), Maybe more isn't better, questions the concept of flexibility. It sounds great but the question is when does flexibility turn into chaos.

The second assumption is that “People want more flexibility”. Again, this seems obvious, and indeed may well be correct in many instances. But at the EADTU conference I was struck by a presentation from Rieny van den Munckhof, from the OU Netherlands. They found that, echoing some of the sentiment around personalisation above, that their previously highly flexible model (start any time, take exam when you want), was in fact, too flexible. It worked for highly independent learners, but they’ve switched to a more structured approach. This has improved retention and allowed for more interactive pedagogy.

Flexibility depends on perspective. Increased flexibility for the learner may cause headaches for the teacher or the administrator and has to be balanced between the different interested parties, otherwise it can backfire. Flexibility must be introduced in small measures and everyone needs to learn to deal with it. I've also experienced courses where we tried so hard to offer full flexibility that most learners simply didn't understand the course structure (or possibly the lack of it). A certain degree of flexibility, but within a given overall structure, would seem to be the answer. Total flexibility generally results in confusion.

Openness is another concept that sounds so good but becomes complex when you try to implement it too quickly. I believe that the use of open educational resources and practices can radically improve teaching and learning as well as making quality education accessible for all. However the road is bumpy and traditional practices are hard to break, especially when they offer the comfort of trusted structures and routines. An article from the Norwegian public service TV channel NRK last week (Norge kaster bort millioner på noe elever og lærere ikke vil ha - Norway wastes millions on something neither pupils nor teachers want) gives plenty food for thought for those of us who promote OER and OEP. Since the article is in Norwegian I will paraphrase the main points.

Norwegian schools have for several years collaborated in building a national OER repository, NDLA, where teachers' resources are tagged, linked to the national curriculum and used in schools all over the country. This has lead to many schools using NDLA instead of traditional course books. Now an increasing number of schools and local authorities would like to revert to course books and are critical that the open platform has to a certain extent become a monopoly that marginalises publishers and other suppliers of digital resources. Some teachers and pupils see a clearer structure in traditional course books and find them more reliable than collections of resources created by teachers.This is very understandable and a weakness with OER is that teachers need to be very skilled in finding the right resources for each lesson instead of simply moving on to the next chapter or module of a published course book. Pupils too need to learn how to find and use these resources and this process takes time. Maybe the Norwegian model needs to be revised and there must still be a role for professionally produced course literature (printed and digital). Hopefully the two models can find a happy medium.

So we maybe have to be more careful with words that sound so beautiful but have many hidden consequences. It's a question of how open/flexible/free is appropriate in any given situation and realising that there are many layers in each concept. In certain circumstances it may even be best to be closed, restricted or rigid.

Posted by Alastair Creelman at 11:39 AM No comments:

The lure of free and escaping the productification of scholarship 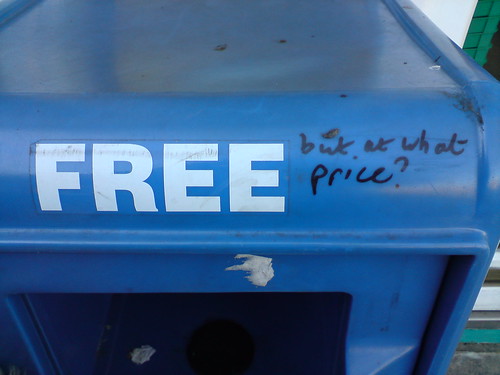 Words like free and open can mean almost anything today and we need to be much more critical whenever we hear them. Global corporations offer enticing and exciting collaborative tools for free but slowly tighten the belt around the part that is free of charge until you are finally forced to pay for the premium version or you find that your free profile, content and interactions are being monetised in some other way. We are all more or less locked into Google, Facebook, Apple, Amazon and Microsoft generally because the tools and services they offer are professional, attractive and in many cases even addictive. The alternative is to use only open source solutions or do it yourself and the results may not be as easy to use or as attractive than the commercial alternatives but you have the security of not being monitored or monetised.

But starting open alternatives to the giants is easier said than done. Mastodon has been around for a while now as an open non-commercial alternative to Twitter, with the attractive claim that, in Mastodon, you are a person not a product. I've been tempted to join but the problem is starting to build up a network all over again and I have thankfully so far avoided any problems in Twitter. It is an attractive alternative but a quiet backwater compared to the flood surge of Twitter. Another attractive alternative is the ad-free search engine Duckduckgo that doesn't track you or remember what you've searched for previously. I use it now and then but I admit I still rely on Google even if I'm aware of the implications. It's hard to escape.

An alternative is now being launched in the form of  ScholarlyHub, a non-profit platform that does not sell data or track its users. It's about academics running a service for academics but of course this cannot be done completely for free. The commercial platforms' "free" services come, as we know, with a price; generally your data. So ScholarlyHub has to charge its users from the very start and the proposal is to take $25 a year to cover the costs of running the service. This is always a hard sell in the world of "free" but the hope is that many enlightened users will see the benefits of not being tracked. Once there are enough users they have more ambitious plans according to project leader Guy Geltner:

Another plank of the plan is to make ScholarlyHub a publishing platform. “Without that we won’t be sustainable,” he said. The site would not charge article processing charges, but instead would allow academic communities to move their publishing away from for-profit journals to the platform. They could make the switch without changing their brand or journal “one iota”, Professor Geltner continued. "The network will become a resource that could (and I believe should) provide mentoring as well as quality control. And that may well take the form of a traditional pre-publication peer review," he explained.

The greatest challenge for all these alternative services is reaching a critical mass where it will be attractive for users to switch. Plus persuading people that you actually have to pay to be free.
Posted by Alastair Creelman at 10:52 AM No comments: 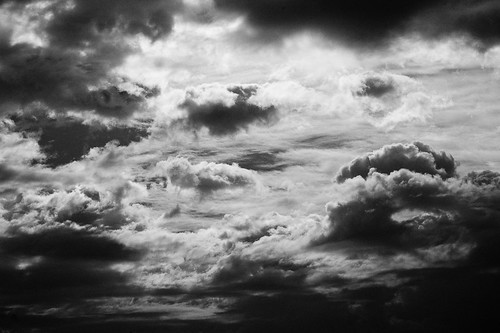 The world is changing at a breathtaking pace and it's so easy to feel overwhelmed. Driving this change are several global megatrends: globalisation, digitalisation, environmental change, demographic change (aging population) and urbanisation. We are all familiar with these developments but an excellent blog post by Cecilia Bjursell adds an extra dimension. If you can read Swedish I can thoroughly recommend the post (Den 6:e megatrenden - well worth a read even via Google Translate). She raises an overriding trend that could outweigh all the others put together, namely fear. Fear of all the other megatrends is leading to a backlash that is threatening to derail all the trend analyses of the last few years. We have so far assumed that society is in general developing in a linear and predictable manner towards greater freedom and equality but fear of change is now twisting that linear development into something extremely volatile. Of course, fear is a natural reaction to change and healthy skepticism is essential, but all too often this fear of change leads to destructive reactions. The danger is that fear will become the overriding megatrend.

The fear factor is very evident in education. Digitalisation offers exciting new opportunities for providing flexible and accessible education for all, enabling global collaboration and making scientific research available to all. However it also demands that institutions, teachers and learners change the way they work and take on new roles. These changes are radical ad demand retraining and rethinking. In the face of this many people feel insecure, inadequate and threatened. Many base their fear on misconceptions about the changes they face. Many feel helpless and overwhelmed and instead of looking for support or ways to cope with the change simply dig a trench and defend their position. Institutions may see digitalisation as a Pandora's box and prefer to keep the lid tightly locked rather than face the horde of demons that need to be addressed if the lid is opened even slightly.

The most important issue here is to recognise fear as a major trend. Technology brings so many opportunities to create a more open, tolerant and educated world. That world may be possible to achieve but first we need to work on reducing the fear factor. Exaggerated tech-optimism tends to provoke a similarly exaggerated negative response. The backlash is all too evident. How can we respond to people's fear of change, how can we reduce the threat of change and can we change the rhetoric from threats of major disruption to the promise of natural evolution instead?

Posted by Alastair Creelman at 7:55 AM No comments: