At a conference in Stockholm last week I saw one presentation that made an impression. Dai Hounsell from my alma mater, the University of Edinburgh,  talked about the difficulties of genuine innovation in higher education. All too often you hear colleagues dismissing new technology or methods by saying things like "We tried that 3 years ago and it didn't work." The question is if they ever gave it an honest chance. Did they fully understand the innovation, did they properly plan how to implement it, were they using it in the right way, had they looked at how others used it? It takes time to get things right of course.How often do you get things right first time? 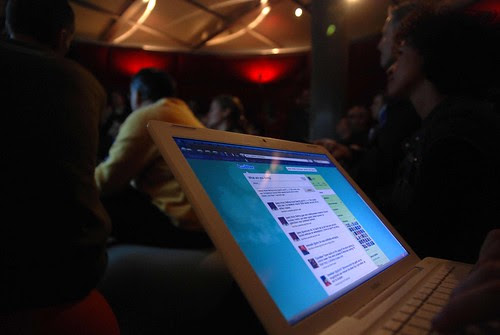 by  bobby-james
People make similar mistakes when it comes to social media. It's easy to start a blog, wiki, Facebook page or Twitter account but it takes considerable work to get people to notice you never mind follow you. Some people seem to think that as soon as you put something on the net the world flocks to your door. Unfortunately you have to do quite a lot of marketing before anyone but your closest friends will give you a second of their time Few will follow a non-celebrity Twitter account unless you regularly deliver useful information to your target group. Facebook groups can sometimes gather quite a few "fans" at first but if you want to generate any kind of interaction and discussion there you need to come up with something special. The same was true for many universities' experiments with Second Life, often abandoned after a short project and unrealistic expectations. Those who persisted and tried different approaches found in the end successful models.

This ties in with an article in Times Higher Education, Don't be afraid to share, which looks at the reluctance of many in higher education to use social media. Media focus on the trivial uses of Twitter and Facebook frightens academic users from even trying social media in "serious" situations.

Alan Cann, senior lecturer in biology at the University of Leicester, says it is very difficult to change the minds of people who disparage social media and dismiss them as useless - partly because it is hard to convey the nature of the experience to those with no familiarity with it. "It's frustrating because all of this is experiential," he says. "When you have someone who doesn't use Twitter, it's very difficult to explain the value of it."

Innovation takes time and it is essential that universities create a climate which doesn't expect instant success and allows new ideas to be tried and tested. This is very difficult in times like these when cash is in short supply and budgets are tight but it is even more of a waste of funding to make impatient and only partly thought-out innovations that are abandoned without a fair trial.
Posted by Alastair Creelman at 10:00 PM