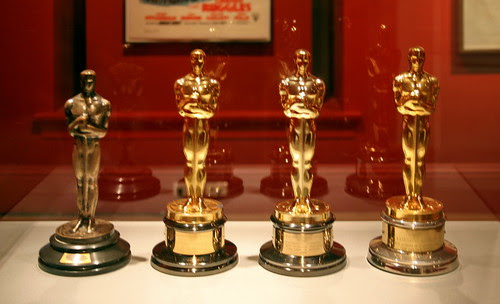 The New Media Consortium's annual Horizon reports have become a sort of Academy Awards for educational technology and their release is met each year with a wave of excitement. Each year they nominate 6 technologies that will have a major influence on different sectors in education (higher education and school) in three time-to-adoption horizons: one year, 2-3 years and 4-5 years. They also highlight a number of current trends as well as identifying key challenges to education.

This year's Horizon Report 2013 Higher education Edition was released last week and the technologies in focus are:

The trends they highlight are not surprisingly the spread of openness and the increase in informal net-based learning demonstrated most visibly by the MOOC explosion as well as many less visible but in many cases more innovative approaches (connectivist MOOCs, Peer 2 Peer University, Open Badges, Udemy etc). The challenges facing higher education tend to repeat themselves each year with the lack of systematic training in digital skills for faculty members in focus once again. Similarly there is a mismatch between universities' traditional structures and practices and the potential benefits of new technologies.

"Faculty training still does not acknowledge the fact that digital media literacy continues its rise
in importance as a key skill in every discipline and profession. Despite the widespread agreement on the importance of digital media literacy, training in the supporting skills and techniques is rare in teacher education and non-existent in the preparation of faculty."


Innovation is being blocked by tradition and many universities risk becoming out of tune with both their students and with the world of business, both of whom have embraced new technology. The report makes this point many times:
I took some time to browse through the last seven years of Horizon reports to see how far their predictions came true. Many have indeed become widely used in society in general, like social networking, mobile computing, cloud computing, grassroots video, e-books, mobile broadband, though none of them have become fully accepted and integrated into higher education. In 2007 the technologies on the one year adoption horizon were social networking and user-generated content. While they are certainly widespread today for social communication and informal learning they are far from accepted in education and there aren't so many institutions who have fully adopted social networking or user-generated content into their curriculum.

Some technologies have been parked on the same adoption horizon for several years and have still not made the leap into mainstream practice. In this group we find gesture-based computing which was in the 4-5 year category from 2010 to 2012 before disappearing completely in this year's line-up. Mobile computing has been on the one year horizon for the last 5 years in one form or other and although the concept has changed over these years it is still not mainstream at universities where the technical focus is still on desktops and laptops rather than mobiles and tablets.

Some technologies simply disappear from the list, like virtual worlds, and others appear from nowhere like MOOCs. The case of MOOCs is interesting. They've been bubbling away in the background for several years without really being taken seriously but when suddenly the top universities adopted the term and morphed it into a new concept the world was taken by storm.

My main conclusion is that most of the predictions of the last seven years are sadly still waiting to happen in all but a minority of the world's universities. The Horizon Report is of course a key indicator of what technologies are being used in education but one trend that they mention year after year is that education is not a sector that is particularly open to innovation. The net is changing the way we approach education and learning but the traditions of the formal education system are extremely deep-rooted and there is a great suspicion of innovation that often goes under the guise of critical thinking. So far this change resistance has stopped all but a very few Horizon nominated technologies from breaking into mainstream higher education (with a few notable exceptions).

Posted by Alastair Creelman at 3:44 PM