The silent majority - why are MOOC forums counterproductive? 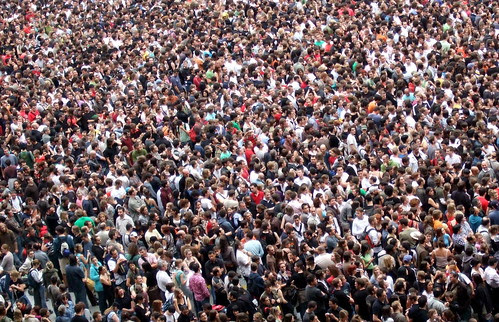 The discussion forum is a central feature of all learning management systems and the focus for most online courses. Often it's the only interactive feature in the course but it's notoriously difficult to generate real discussion there. Too few participants and it will probably never take off. Too many and it becomes chaotic. In many cases students only post in the forum because there are credits at stake and very often the real discussion takes place elsewhere; on Facebook or Google Hangouts for example.

So if the forums of regular online courses are difficult to run effectively they will prove almost impossible in a MOOC with potentially tens of thousands of participants. Nonetheless most MOOCs persist with them as a token attempt at interaction or because the forum is somehow a default setting in online learning. Generally MOOC forums become overwhelming and chaotic with hundreds of unrelated threads and the vast majority of participants take one look and never return. An article in Campus Technology, Building a Sense of Community in MOOCs, reinforces this impression that forums are actually counter-productive:

"Ironically, the biggest obstacle preventing MOOC students from forming relationships is the feature most relied on to encourage them."

A dynamic forum is like gathering people in a room and asking them to discuss. A class of say 30 will divide into smaller groups and it is easy to move over to a new group when you want to. There's a clear structure to the interactions and it's easy to get an overview. However if you add a few thousand strangers into the mix it gets completely chaotic and effective communication is likely to break down. Some forums are dominated by so-called super posters, students who can be responsible for up to 25% of a forums total posts (see report on a recent Stanford University survey in eCampus News Sept 2013 p6). Their enthusiasm might inspire a few but will intimidate less confident participants. The same survey shows that only one in ten students posted more than once in MOOC forums and the vast majority wrote absolutely nothing. A major factor to the inactivity is that most people are simply not used to online discussion and see learning as an information transfer from teacher to student. Media literacy is a clear issue here.

Another problem I have noticed in MOOC forums is the presence of expert participants. Many teachers and researchers are taking MOOCs out of curiosity and as a way to expand their professional networks. Very valid reasons and I am guilty as charged. However the danger of having over-qualified participants is that their contributions to the discussions can set an impossibly high standard that can intimidate the new learners. There are also MOOCs which are also regular for-credit courses mixing full-time campus students with thousands of MOOCers. The regular students will inevitably set the tone of the discussion. Maybe these two groups should somehow be kept apart since they have such widely different motives for participating. They can inspire and motivate each other but I suspect they can also intimidate, irritate and confuse. I'd be very interested in reading any research on this issue.

So if a massive anarchic forum is not the way to encourage meaningful discussion in a MOOC, what is? The Campus Technology article lists a number of examples. One way is to encourage small-scale groups using whatever networking tool is most appropriate for the participants, such as a Facebook group. Basically break up the massive crowd into friendly neighbourhoods. Another way is to create focused interactions such as a question and answer session with a tutor where the structure is clear and within a given time frame.

"So instead of trying to force a free-flowing conversation in the live session, Greene and her colleagues took advantage of students' eagerness to pose questions in the forums. "The second week, we ran a question-and-answer session with topics we had prepared," she explains, "formed by what was coming up on the [forum] thread." The blend helped students feel like participants in the live session without being pressured to interact with the experts on the spot."

Interestingly many MOOCs are using synchronous online meetings as an effective discussion area where a teacher meets with a limited number of students to deal with questions using for example Google Hangouts. These are also situations that most participants will feel comfortable with reflecting traditional classroom practice that all are familiar with.

There is of course no patented answer to this problem but maybe we should think at least twice before launching a MOOC with a common discussion forum in the middle. Maybe that's the one element we should drop.
Posted by Alastair Creelman at 11:43 AM