MOOCs - the tip of the iceberg? 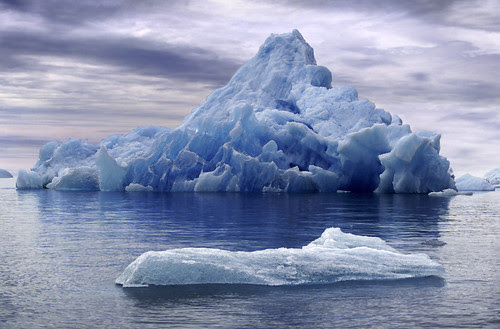 A new survey of almost 35,000 Coursera students has revealed that the vast majority of them already have university level education, according to an article in the Chronicle of Higher Education, MOOCs Are Largely Reaching Privileged Learners, Survey Finds. The study has been carried out by a group from the University of Pennsylvania and although it has only surveyed that university's MOOC students the number surveyed is large enough from which to draw some overall conclusions (read the study: The MOOC Phenomenon: Who Takes Massive Open Online Courses and Why?). The results show that the vast majority using MOOCs are those who are already well educated and digitally literate. This is further confirmed by Edinburgh University's recent survey of their MOOC students (see article in MOOC News and Reviews, What Do We Know About MOOC Students So Far?: A Look At Recent User Data).

The promise of MOOCs democratizing higher education is still to be fulfilled and it would seem that MOOCs are at present only preaching to the converted. Nothing surprising really though some critics will certainly use it as ammunition to shoot down the whole concept. The real impact of MOOCs relies on many factors that the MOOC providers can't really influence. Participation in any online course, regardless of acronym, demands a high level of digital literacy, good study skills,  plenty self-confidence and access to a computer and broadband internet access. The people who would benefit most from open access to education are not in that position yet and radical changes in education policy and infrastructure are required before they can participate in any significant numbers. Even in most developed countries the clear target group for open education is not even aware that such opportunities exist, far less participate in such courses.

I believe that open education (not necessarily MOOCs) can and will enable millions to access educational opportunities that are denied to them today but it's going to take more time than we might hope. Open resources are available, open courses are ready but the participants aren't ready yet. They need government initiatives in digital literacy and support from libraries, schools and learning centres to learn how to learn in an online environment and be able to find the courses they need. For now MOOCs are full of early adopters and  members of the online learning community. Shouldn't we be investing more in digital literacy and net access for all. Are we concentrating too much on the tip of the iceberg and not investing enough in the mass under the surface?


Posted by Alastair Creelman at 9:29 PM