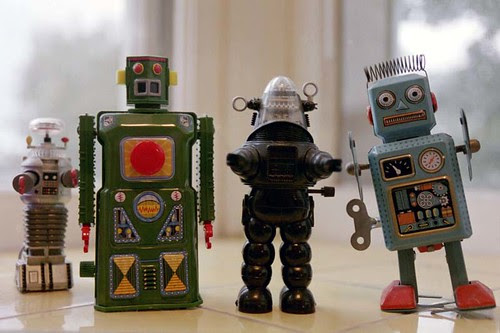 Fifty years ago each academic field would have a limited number of journals and an even more limited number of conferences and it was quite possible to keep abreast of what was happening. That is simply not possible today with an ever-increasing deluge of publications and conferences in even the most narrow and specialised of fields. With such volume it is inevitable that some events and publications will have serious quality issues. Many less serious journals seem to publish just about anything without any peer review and the same is true for some conferences where accepting all papers can mean that authors will pay to attend.

An amazing news post in Nature, Publishers withdraw more than 120 gibberish papers, reveals that publishers Springer and IEEE are removing more than 120 published papers after discovering that they were automatically generated by computer and were, in fact, complete nonsense. These papers are generated by software called SCIgen that was developed by students at MIT about 12 years ago to see if random generated articles could get accepted for academic conferences. The articles produced by SCIgen certainly look plausible at first glance and if that is all the conference or journal reviewers have done it's possible to accept them. However anyone who actually tries to read them will see the bluff pretty quickly - have a look at one and see for yourself. If you can't spot them yourself then there is even a program that will detect computer generated papers, SCIgen detection. Read more on this in an article in the Guardian,
How computer-generated fake papers are flooding academia.

What's really interesting here is that although SCIgen was developed so long ago, nonsense articles are still finding their way into journals and conferences, to the amusement no doubt of those who submitted the articles and developed the software. In a way you could claim that they are doing an important job by revealing publications and conferences whose peer review of submissions either doesn't work or doesn't exist. These revelations will no doubt inspire some to take a serious look at their routines and some may hopefully be forced out of business.

Academics are under intense pressure to publish, conferences and journals want to turn their papers into profits, and universities want them published. "This ought to be a shock to people," Krohn said. "There's this whole academic underground where everyone seems to benefit, but they are wasting time and money and adding nothing to science. The institutions are being ripped off, because they pay publishers huge subscriptions for this stuff."
Guardian 27 Feb 2014, How computer-generated fake papers are flooding academia

Posted by Alastair Creelman at 4:25 PM