Open and closed - students need to learn to handle both 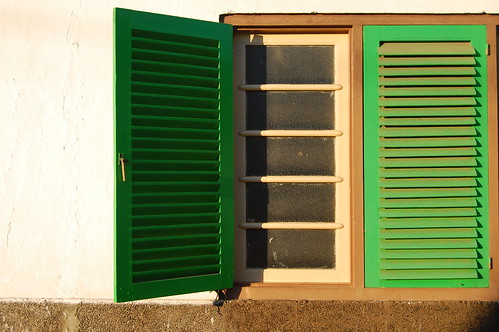 Is there an inverse relation between the use of learning management systems (LMS) and social media in education? There does seem to be a certain conflict since they represent two very different types of learning environment for students. The LMS offers a secure all-inclusive enclosed arena with all services under one roof whereas social media offer a diverse, uncontrolled and highly personalised arena that the school/university has little influence over. The two would seem to be incompatible.

This question is discussed in an article by Michelle Pacansky-Brock, A Threat of Higher Ed's Love Affair with Closed-LMSs. She notes the paradox that the LMS culture is strongest in higher education, where you might expect more freedom and trust, whereas schools, who you would expect to strongly favour controlled environments, are in general more willing to experiment with social media. Schools are working much more with blogs, wikis, Facebook, Twitter, YouTube and many other social tools and there are numerous very active discussion groups for teachers on both Facebook and Google+. There are of course similar activities in higher education but I haven't found anything like as many. One concern is that by focusing on the protected LMS environment universities are not really preparing students for their future workplaces many of which are already driven by social media and where it is essential to know how to manage your digital identity and how to use social media responsibly.

One's digital footprint is an opportunity to do be one step ahead in life at graduation. And the continuous reliance on the closed-LMS environment continously constructs a mental model for faculty, instructional designers, administrators, all members of higher education that using social media is, in essence, the wrong thing to do. Moving forward, the mainstream use of closed LMS environments is creating yet another digital divide.

However I feel this simplifies the issue somewhat. While many companies use social media as an integral part of their operations they also have closed environments as well, such as project management tools and internal discussion boards. Students must learn to live in a digital working environment that mixes open and closed depending on the context. Most LMS today provide social media integration and students can move almost seamlessly between LMS functions and public tools and networks. The LMS is no longer the walled garden it is so often accused of being. As usual we shouldn't see this as an either/or issue but we have to learn to work in different environments using the best tools for each job. In an earlier post (LMS - from red giant to white dwarf?) I suggested that the LMS will evolve into a strong core service offering secure storage of student data, assessment and examination whilst discussion, reflection and collaboration take place outside the core in a variety of social media. Both in school and higher education students need to learn to handle both open and closed environments.
Posted by Alastair Creelman at 9:26 PM