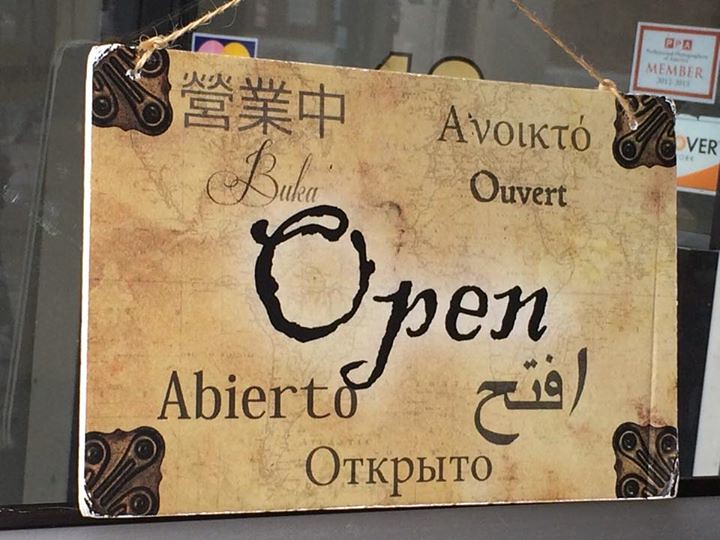 by Map of the Urban Linguistic Landscape

How can open learning and open educational practices empower smaller, regional and minority languages? That was the question behind the seminar arranged 7-8 October in Leeuwarden, Friesland, by the EU-financed project LangOER that I am involved in. The title of the seminar was Open Learning in Minority Languages: Chances and Perspectives (see programme) and you can see all the slideshows, discussion notes, recorded webinar and interviews with speakers and participants on our conference Padlet page.

One refreshing point for me was the fact that the conference was not simply a meeting of open learning advocates but a meeting with another field, that of regional and minority languages, where issues of open learning were not familiar. The scope of the project is broad and we include many national languages that have millions of speakers but whose access to open educational resources pale in comparison to those available in English, Spanish, French etc.

We got insights into impressive national repositories for open educational resources such as the Greek Photodentro, Dutch Wikiwijs and Norwegian NDLA and Welsh OER Wales Cymru. These have had considerable impact in their respective countries with NDLA reporting around 60,000 visits per day and 60% of teachers in Norway using the repository regularly. They offer a wide selection of Creative Commons licensed resources (video, audio, text, photos, animations) all of which are tagged and related to the national curriculum. Considerable support and coordination is also provided; in the Greek case there are almost 300 experts and technicians who maintain the system, add metadata and provide quality control. All three have worked a lot building trust and support among teachers. The key is creating a culture of sharing – daring to share - and this involves recognising innovative teachers and providing time and resources for development. One interesting concept was gathering teachers together for intensive workshops to produce resources together, for example a group of teachers could work over two days to write a short course book together.

The growth of such repositories where teachers share materials obviously meets with opposition from publishers who see public money subsidising the production of free resources. There are often options for publishers to include commercial content in such repositories but I'm not sure if this has really worked anywhere and how users pay for access. Another difficulty has been including higher education in a national repository. OER Wales Cymru is a strategic cooperation between all Welsh universities whereas the Dutch, Greek and Norwegian examples are mostly resources for schools. It seems difficult to create a sharing environment that offers a bridge between schools and higher education.

These solutions are certainly impressive but they have been built with government and EU financing and have thereby gained legitimacy among teachers. In the case of regional and minority languages the situation is very different as we also learned at the conference. Being in the province of Friesland the example of Frisian was prominent. The language has grown in status in recent years and now has an established academic and cultural community, including Fryske Akademy, researching, supporting teachers and promoting the language. However integration into schools is not easy since there is always a mix of pupils who use Frisian as a native language, those who only use it at home, those who only have a passive knowledge and those who have moved to the area who do not speak it at all. There is also a lack of qualified teachers who speak fluent Frisian. A Frisian OER repository, EduFrysk, is being developed and there is even a prototype MOOC to teach basic Frisian.

But what about minority languages which have previously been marginalised and whose voices are only now returning to the education system? We heard about the status of Manx on the Isle of Man which is now taught again in some schools but whose speakers have to produce learning resources from scratch since there are very few publications in the language. A small number of educators and other enthusiasts are busy producing digital resources such as the site Learn Manx so there are encouraging signs. The case of the Arbëresh language in southern Italy brought home the challenges facing many minority languages. With almost no written tradition apart from religious texts, all educational material has to be written from the start and awareness of the opportunities of open educational resources and digital tools is still very low. The creation of an OER repository in these languages would seem to be a distant vision but far from an impossible one.

Some ideas for using open educational resources and practices to empower smaller, regional and minority languages:

Some seeds were sown during this meeting and the project intends to hold a larger conference in Brussels next autumn aimed both at policymakers and practitioners.
Posted by Alastair Creelman at 11:15 AM