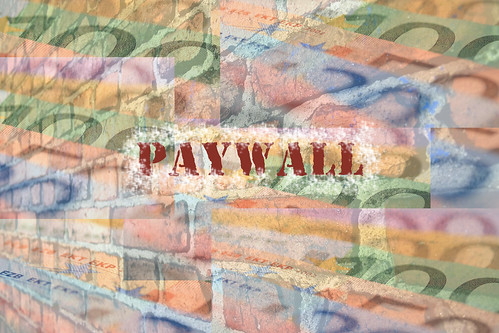 I wrote a few years ago that it was time to forget the acronym MOOC and realise that this umbrella term was too limited to cover the number of variations trying to shelter under it. Today a majority of so-called MOOCs are just regular online courses that can cost you quite a lot of money if you want any kind of certification or even credit for your efforts. Even the content is disappearing behind paywalls as the platforms focus on return on investment. One major platform, the Australian Open2study has recently closed down completely. Of course there are still genuinely open MOOCs delivered in a spirit of sharing and outreach, but they are generally low-profile and hard to discover unless you know where to look. Free and open education sounded great but in the end someone has to pay.

A possible obituary for the MOOC as we imagined it appears in an article in University World News, MOOCs fail in their mission to disrupt higher education. It refers to a new study from MIT in the journal Science, The MOOC pivot, that examined MOOC statistics from the platform edX and found that the vast majority of participants do not return to take other courses and that there has been virtually no change in the extremely low completion rates in the last six years. Furthermore there are no real signs that MOOCs have succeeded in reaching the original intended target group, those who are unable to access traditional higher education. On the contrary the participants are mostly affluent professionals with a traditional university background and of course they are the people most likely to be able to pay for certificates, tuition and so on.

Rather than creating new pathways at the margins of global higher education, MOOCs are primarily a complementary asset for learners within existing systems.


The main reason why non-traditional learners are not attracted to MOOCs is that they are unfamiliar with the concept of online learning and need support and encouragement, generally face-to-face, in order to get on board successfully. This is where most MOOCs fall short since they often assume that the learners have good digital and study skills.

Reich and Ruipérez-Valiente point out that there is a basic problem if MOOC providers are competing to undercut traditional providers in this market and attract the less traditional consumers – potential students from less well-off families, especially from families with no history of attending higher education – since research shows they typically perform worse in online courses and most need human support in the form of tutors and peer learning groups.

The courses formerly known as MOOCs are now competing with all other online courses and degrees and are thereby part of the system that the media hype claimed they were going to disrupt. Of course the universities offering these courses have learned a lot from the experience and there are now alternative and more flexible pathways to higher education, but I don't think the results are particularly disruptive. The people who have been unable to access higher education due to socio-economic factors are still unable to access higher education. If we have to use acronyms let's call them MOCS, minus the word open.
Posted by Alastair Creelman at 3:34 PM