A decade of broken dreams and big business 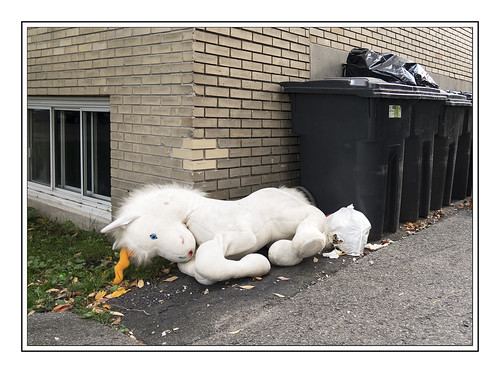 I strongly urge you to read Audrey Watters' review of the past decade in educational technology, The 100 Worst Ed-Tech Debacles of the Decade. It's a catalogue of the buzzwords, hypes, deceptions and snake-oil solutions that have made the educational technology headlines in recent years. Even if the focus is on the US edtech industry, most of the solutions will be familiar to educators everywhere. I have long admired Watters' courage over the years, daring to criticise the hypocrisy and cynicism of the tech industry when most of us were singing its praises and falling for the alluring tales of disruption and free education for all. The past decade has been a journey of broken dreams.

Number one in Watters' list of debacles is anti-school shooter software, the result of the USA's insane attitude to guns and mass shootings. School shootings are now so commonplace that an entire industry has developed to "protect" schools, identify shooters and alert the police. This involves increasingly sophisticated surveillance technology with enormous amounts of student data being gathered by corporations. This industry is hardly visible anywhere else in the world but is a desperately sad indictment of modern society.

Many of the phenomena described in the article fall under the following loose categories (though they are all of course interrelated):

Data is indeed the new oil and corporations are now able to refine the raw data of clicks, location tracking, preferences and interaction into business opportunities. Edtech software including learning management systems gather enormous amounts of student data and this can now be monetised. The prospect of using, for example, Amazon's voice assistant Alexa at school should set off alarm bells. Learning analytics seems to be largely focused on tracking and surveillance and all that data has a high commercial value. Instructure's proposed sale to equity firm Thoma Bravo for $2 billion would seem to confirm the potential value of student data. Plagiarism detection tool Turnitin has amassed a vast pool of student assignments that they can sell. The list goes on. Despite attempts, at least in Europe, to tighten laws on the exploitation of personal data we still happily accept those pesky terms and conditions when the pop up on our screens.

The Silicon Valley narrative that the traditional education system is inadequate to educate students for the 21st century has been very persuasive. As a result, we hear that the students (so-called digital natives) are driving the change and are already using technology to "hack" the system and learn on their own terms (some may be doing this but claims are highly exaggerated). This disruption narrative claims that edtech is the way forward to meeting the demands of this new generation of students who will be working in jobs that do not exist today (this has always been true - parents in the early 20th century could never have guessed that their children would become car designers, pilots or astronauts). The industry has capitalised on the FOMA (fear of missing out) factor among educational leaders with claims that MOOCs are the future of higher education and that companies like Udacity will become the Uber of education. Many institutions have been easily persuaded to make enormous investments to ensure they are seen as embracing the opportunities of the digital revolution. Sadly there have been unscrupulous actors running a whole industry of fake online universites and fake degrees. Watters' list is full of examples of this narrative and the reckless claims to disrupt education that didn't quite deliver.

Many of the leading names in the tech industry have of course invested in philanthropic initiatives that Watters calls venture philanthropy. There are surely benefits in this but inevitably there is a business case even for philanthropy:

These philanthropists’ visions for the future of education and education technology mirror their own businesses: the child will be the customer. The child’s data will be mined. The child’s education will be personalized.

Free.
If it's free there's a catch, though even if you pay for it there's still generally a catch. Your data is the price you pay.

...if you’re using a piece of technology that’s free, it’s likely that your personal data is being sold to advertisers or at the very least hoarded as a potential asset (and used, for example, to develop some sort of feature or algorithm).

Free tools are used very successfully by millions of teachers to enhance their teaching, but there is always the danger that the company goes bust or gets bought by a larger company who then try to monetise it. One example of this was the social network platform Ning that was extremely popular among educators in the first half of the decade but was then bought and put behind a paywall.

There have been so many headlines about how a particular device or method will disrupt/revolutionise education. From MOOCs to clickers to smartboards to virtual reality. They all have merits when applied well but the inflated expectations and sensational headlines have lead to many extremely expensive investments (and nice profits for some) and many shattered dreams.

In addition there are examples of more bizarre methods to monitor students in the form of skin response bracelets, brainwave headbands and the compulsory use of  fitness trackers for campus students (providing of course lots of useful personal data!). These are often based on quasi-scientific theories and rolled out with convincing optimism.

Flops
The list is full of ambitious and hyped solutions that belly-flopped: for example One laptop per child, Google Glass (and many other Google services that have died during the decade) and Amazon Inspire. Flops will always happen in an innovative market so there is now real surprise here but maybe the point is how the hype takes over the narrative and we all get swept along with it.

So where are we heading as we move into the twenties? I can't see the commercialisation of education going away any time soon, rather an intensification of the process from both industry and politics. Free and open education is still possible but the educators must own the platforms and the users must give informed consent to their data being stored and know that they can always demand their data back (a cornerstone of the European GDPR legislation). Maybe it's time to move to open source solutions and revive the idea behind platforms like Wikiuniversity and Wikieducator - they may have been clunky but they were open and non-commercial. Above all we need to be much more aware of media hype and attractive but misleading generalisations. Question everything and learn how and when to switch off.

Posted by Alastair Creelman at 1:45 PM