Radio as an educational lifeline for those without internet access 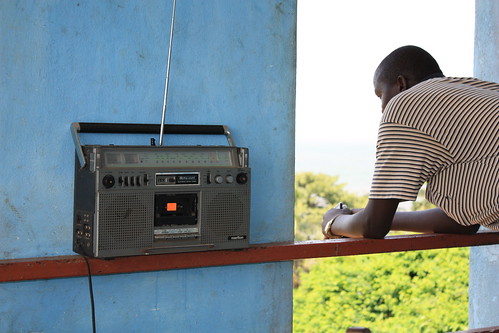 Living in a developed country like Sweden it is so easy to take internet access and ownership of digital devices for granted, but in many parts of the world the majority of the population has neither. In times of crisis when schools and colleges are forced to close there must be other channels for education that are accessible to as many pupils and students as possible. Broadcast media are an often forgotten channel for education in edtech discussions but are still thriving all over the world. For example, in the UK the BBC has recently increased its educational broadcasting to support schools during the lockdown (Guardian: BBC to expand educational shows in response to UK Covid lockdown). Many open universities around the world broadcast educational programmes on state or private television and radio channels, both as part of their regular courses but also as a service to lifelong learning since the programmes are freely accessible to everyone with a radio or television.

The value of radio for education is shown in an article on Rest of world, Why radio stations may be the real “e-learning” revolution. It describes how radio is used to provide teaching when schools are closed due to the pandemic. In sub-Saharan Africa over 85% of households lack internet access and many have no reliable electricity supply so even if there are many initiatives offering online education it is simply inaccessible for the majority. On the other hand most people have some kind of battery radio and can therefore benefit from school broadcasting.

In both urban and rural areas, battery-operated radios broadcast information to entire households. As cheap as $5, a radio is less energy-intensive than a television and can be shared more easily than a smartphone. The infrastructure was already there. All that educators needed was to adapt content.

Teachers have been busy broadcasting on existing channels or creating new radio channels and some are also offering educational content to mobile phones via sms. The response has been impressive and in Sierra Leone 58% of pupils listened five days a week.

Mary Phiri, a 36-year-old farmer in Joel Village in eastern Zambia, has five children in grades two to 12. Her work keeps her so busy that making sure her kids continued their schooling during the pandemic had to be a family-wide effort. Her older children would also tune in to assist their younger sibling with her schoolwork. With radio lessons, her children, normally shy at school, could ask their parents or siblings the difficult questions that might have gone unasked in the classroom.

Even in developed countries we should not underestimate the power of broadcast media in both formal education and lifelong learning. The future of education will involve a blend of both digital and traditional methods and we need to ensure that noone is excluded. Radio still has a lot to contribute!
Posted by Alastair Creelman at 8:15 AM