We are the robots 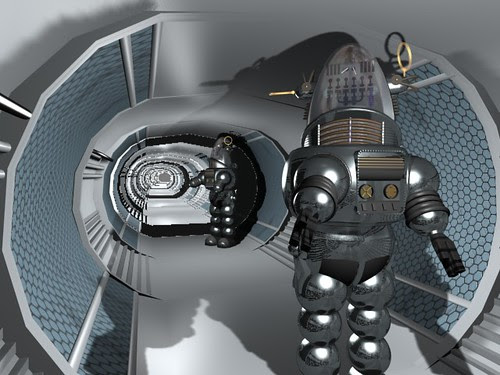 The well-worn cliché that any teacher who can be replaced by a computer should be, comes immediately to mind with the news that the Hewlett Foundation have announced a $100,000 prize for the software developer who can produce a good tool for automatically grading student essays (see announcement). The problem they wish to address is the chore of grading thousands of student essays in national standardized tests. The sheer effort of doing this is leading to many tests moving over to multiple choice format which is of course perfect for automatic marking but does not measure the student's ability to present a logical argument. According to Hewlett Foundation's Education Program Director, Barbara Chow:

“Better tests support better learning. Rapid and accurate automated essay scoring will encourage states to include more writing in their state assessments. And the more we can use essays to assess what students have learned, the greater the likelihood they’ll master important academic content, critical thinking, and effective communication.”

The idea is covered in an article in Mind/Shift, Can Robots Grade Essays As Well as Humans?. Of course the robot markers can only assess superficial elements in an essay like the complexity of vocabulary, use of quotations and structure. The students' use of rhetorical devices and reasoning will still require the skills of human teachers to assess for a long time yet. However the simplistic robot grading can have pedagogical advantages as one teacher in the article explains. He asks students to submit their essays to the automatic grading tool SAGrader to get quick feedback on structure and vocabulary use. They are urged to submit several draft versions to the grader and then improve on it. This would be an impossible process if all these draft versions were to be graded by the teacher but using the grader means that students get a feel for reworking and refining a text. The final version can then be assessed by the teacher.

Real critical analysis and deeper assessment must always be the role of the teacher (or peer review) but we should not just dismiss the role of the robot graders as a threat or joke. As long as we see the shortcomings of such tools we can exploit them to carry out work that may be valuable but which could never be carried out in volume by teachers. The robots won't be taking over - for a while at least.

Posted by Alastair Creelman at 9:07 PM

Email ThisBlogThis!Share to TwitterShare to FacebookShare to Pinterest
Labels: examination